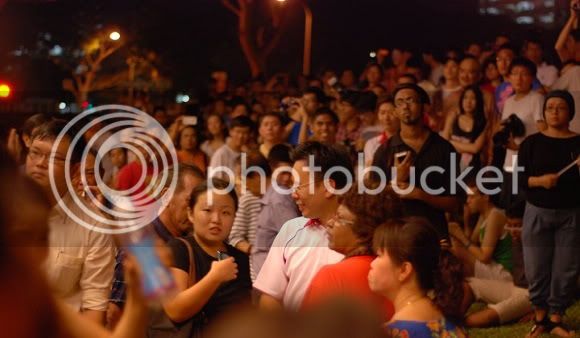 The final verdict is out. 81 seats went the PAP’s way with 6 going to the Worker’s Party in what is described as a watershed election. The overall percentage of votes going to the ruling PAP is 60.14%, a drop from 66.6% garnered during the elections of 2006.

From the word “Go” after Nomination Day (day 0), the focus of the opposition’s criticisms was on costs of living, housing, overcrowding due to an open door policy to foreigners and high healthcare costs. In response, Mr Lee Hsien Loong, who is likely to assume Prime Minister role of the new government, made a series of concessions towards the end of hustings.

Lee, in a surprising apology to all Singaporeans and to his credit, acknowledged the mistakes of his government in instances such as the flooding of a CBD area and the escape of a wanted terrorist from high security prison. Lee further acknowledged the rise in housing demand and public transport shortfall that saw overcrowding due to influx of foreign workers.

Apologising for the failure to predict the transport shortfall and spike in housing demand, Lee pledged to do his best to tackle such problems.

If results of the elections are anything to go by, it could be reflective of a discontent within the populace as reflected by the decline in overall votes from the previous elections. Lee was quick to acknowledge the overall sentiments of voters, promising a more consultative approach in governance.

He pledged increased responsiveness to criticisms and the need to engage the population in decision-making. He also emphasised the increased need to express “humility” and “work harder to understand the people better, to connect with them emotionally”.

The testament to George Yeo’s popularity is a bittersweet taste left in the mouth of Singaporeans. Sweet, especially for those who are sympathisers of the opposition as it was progress made in the first-time capture of a multiple-seat GRC and bitter for supporters and well-wishers of the good man that he has to be sacrificed in the name of opposition progress.

In fact, no one gloated over his loss, but in contrast, there was renewed calls over the Facebook social media for his reinstatement to parliament and suggestions that he should run for presidency.

Victories and defeats bring with them their emotions but also have their lessons. There is one obvious lesson to be learnt: there are no sacred cows in what is slowly becoming to look like a performance-oriented evaluation of various parties during elections. Although Lee issued a somewhat late apology for the mistakes made by the government, it may have been too little too late.

Low Thia Khiang, an opposition heavyweight and a former MP at Hougang decided to leave his ward and lead a team against George Yeo. He brought with him Sylvia Lim, who had on the table parliamentary experience as a non-constituency member of parliament. Chen Show Mao, a first time candidate and a team member, raised many eyebrows with his stellar academic and career track record. Thus, the quality of Worker’s Party Aljunied team arguably played a part in their victory.

The Marine Parade GRC contest saw the debut of Miss Tin Pei Ling for the PAP. From her introduction till Polling Day, she was clearly out of depth in terms of policy debates and media relations. In fact, the negative public sentiments towards her went on to cost her team leader Senior Minister Goh Chok Tong votes, in a tacit acknowledgement by the latter himself. Goh’s team only won 56.7% of the votes.

Detractors of the GRC system of contest have always argued that it has virtually made the cabinet ministerial candidates from the PAP untouchable. At least until 2011, no opposition has ever won a GRC. Others have criticised it for the fact that it enables the PAP to blood new candidates from its ranks by teaming up with a heavyweight minister, rather than contesting on his own, where chances of victory are lower relatively. This current election has shattered one myth as evidenced from the loss of a highly popular George Yeo.

The other myth that it has perhaps shattered is no one can get away by fielding a lesser quality candidate even by teaming up with a heavyweight. Goh, considered a PAP heavyweight had to endure a close fight against a National Solidarity Party team. Quite obviously, Goh’s race in Marine Parade was slowed by Pei Ling, but eventually crossed the finishing line to emerge as winners with 56.7% of votes, which was lower than expected.

Good candidates are like spurs into the hide, that spur the horse to gallop faster and edge ahead of the race. Lesser quality candidates with poor approval ratings are like burdens on the horseback that slow down the horse.

Now, punters are speculating on the next GRC that could fall to the opposition. East Coast GRC seems to be the top of the list. The Worker’s Party team contested there in 2006 and won 36.1% of the votes. In 2011, the party closed the gap by winning 45.2% of the votes, an improvement of 9%. What happens during the next elections is anyone’s guess. The Worker’s Party has indicated they will be back for the next elections to contest the ward.

It has been a watershed General Election for a variety of reasons. Lee is widely tipped to assume premiership of the government and it is likely that its performance will come under scrutiny. Ditto for the newly elected opposition MPs.

If anything, this election has shown that no cow is sacred, even with the present GRC system. In addition, quality of candidates does matter, very, very much. What parties place on their slate of candidates can be boon or bane for them. A candidate who triggers negative public sentiments may be potent enough poison to kill a ‘sacred cow’.

When our MP-elects are sworn into parliament, the sailing crew in our Parliament who will likely be led by Captain Lee will resume steering the Singapore ship. Till five year later when we decide on our crew again….

The writer congratulates all MP-elects for their victories and wishes them all the best in steering Singapore’s course over the next five years.

Photo courtesy of The Online Citizen.