Is Singapore a secular nation? 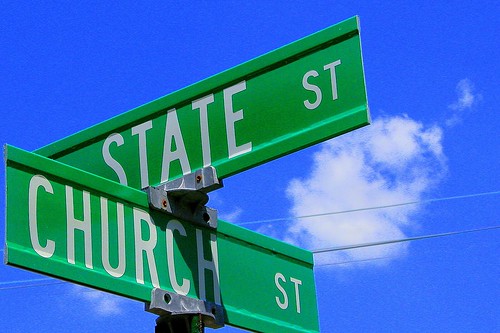 The Christian Post published an editorial dated February 27, 2010 that argues for the removal of the common secular space under the guise of promoting a “gentle civil society” via what Gwee Li Sui eloquently described on his Facebook page as “religious tribalism”. The editorial says:

It may be argued that in an imperfect world the use of force by way of legislation is necessary to promote an orderly polity.

That argument, though, is premised on the assumption that all religious worldviews are inherently destructive and that only the secular worldview is beneficial to society. It is easy to see how such a presupposition cannot be easily maintained without risking the ire of the religious segments of the population.

No nation would do well to call itself a Christian or Muslim or Buddhist or Hindu nation, if by that is meant that it protects that particular worldview through its legislation; but neither is it good and beneficial for any nation to call itself a secular nation.

A nation, yes, but not a ‘secular’ nation, just as much as it should not be a Christian nation or Muslim nation or Buddhist nation or Hindu nation.

Besides the obvious disingenous associations, the author is wrong on several counts. First of all, the importance of maintaining a secular space in a country like Singapore is for ideas and policies to be given critical examination without the burden of religious beliefs. A truly democratic state cannot be so while allowing any one religion to be the dominant voice in policy-making that will affect an entire nation. This secular space protects everyone’s rights, regardless of religion, not because it is the only “worldview that is beneficial to society” but because this is not a “worldview” at all. It is merely a common space that everyone can openly contribute, a neutral and inclusive space where no one can and should be marginalised.

To distort and misrepresent what secularity is, the author has essentially used his views to steamroll over everyone who is non-Christian and conveniently equates secularism to atheism in an act that is not unlike calling atheists “infidels”. The presupposition the author assumes is also faulty as it claims that a secular society excludes people when it really encourages inclusiveness.

A gentle civil society can only be promoted with legislation that ensures that no one crosses the line inciting religiously motivated violence. The removal of the said legislation will accomplish nothing but establish the country as fertile ground for religious tribalism. If anyone thinks that it is a good idea, I would ask this person to look across the Causeway for proof that it isn’t.

The author then announces that

the state that maintains any particular worldview should renounce it and declare its non-involvement in the area. There is a sense in which if this is not done, there would be little difference between such a state and that in earlier centuries where state and religion were not separate.

If anything, having a secular society is an embodiment of the “separation of church and state” as idea, not its antithesis. By mischaracterising it, the author seeks to blur the lines and casts secularism as an evil that is preventing, rather than inspiring, social engagement. This is nothing if not dangerous.

This country is not a religious battleground and, if we are still sensible, should never be one. The removal of a neutral and inclusive space will only allow battle lines to be drawn along religious lines and threatens social engagement and harmony. That is not the country I want my children to live in, and I will battle tooth-and-nail to preserve that space.

I had mentioned earlier the original published date of that editorial only because it has been three weeks since it appeared, and no Christian leader has come forward to castigate the author publicly for it. None.

Where is that rejection from Christian leaders? This is the most disappointing result of all; either they have not criticised it because they believe what is written or because they are waiting for political leaders who are Christian to do their job for them. Either way, this bolsters my belief that the secular space cannot, and must not, ever be removed.

Just to be clear, I believe the author is fully within his rights to write such an article. Freedom of speech, no matter how grating to our sensibilities, have to be protected. However, my right to that same freedom is no less pertinent than anyone else’s.

I believe that religions should be free to reach out for converts, but, at the same time, the same people who proselytise should be aware that their right to embrace their god(s) and my right to reject them are one and the same. When the religious can accept that, I welcome them to have a debate in this secular space that values their rights as much as mine. I welcome a critical debate, without dogma or doctrine and with a critical eye in examining different beliefs and value systems that are normally entrenched as untouchable.

Until then, my right to reject your religion, your beliefs, and your faiths are just as much a moral imperative as your right to accept your religion. We can all have a debate when you are ready to accept that.

This essay appeared in a pre-edited form as “Christian Post Attacks ‘Secular Society’ Again” in Trapper’s Swamp on 21 March 2010.