Rights: The foundation of a free society 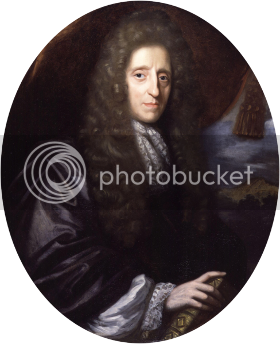 If one is to advocate a free society, one must recognize its indispensable foundation: the principle of rights. Today’s politicians view rights as an impractical, unattainable ideal, or as an impediment to the implementation of their policies. Worse are the alleged defenders of rights. They have, through their misconception of rights, perverted the meaning of it.

Altogether, the issue of rights has been evaded, distorted, misrepresented, and in most of today’s political discourse, seldom or never mentioned. In this article, I will present a proper account for rights. I will explain why rights are crucially necessary to man’s existence on earth, how rights are violated and should be protected, and why the preservation of rights must be consistent and absolute.

What is the principle of rights?

The origin and necessity of rights

The source of man’s rights is not god or the state, but Nature, i.e., reality. Nature dictates that man’s mind is his only tool of survival. Unlike animals whose self-sustaining actions are programmed and automatic, man cannot hope to survive any other way except through the free and deliberate use of his mind.

If man is to survive, he must have the fundamental and inalienable right to his own life, i.e., the right to engage in self-sustaining and self-generated action – which means: the freedom to take all the actions required by the nature of a rational being for the support, the furtherance, the fulfillment and the enjoyment of his own life. Freedom is the fundamental requirement for the proper function of man’s mind.

From ethics to politics

In a society where it is appropriate that man may choose to establish social relationships with other men, most commonly for the benefit of trade, the only proper principle to guide such a relationship is the principle of rights and voluntary consent.

The ‘act’ of not violating another’s rights is a non-action which is necessary for the preservation of rights. This is not a conflict or compromise of rights but is consistent with the concept of rights (and reality), for there is no such thing as having a ‘right’ to violate rights. It is self-contradictory. (And contradictions don’t exist in reality.) If one wishes for one’s own rights to be recognized and protected, it means a self-chosen obligation to respect the rights of others. It is a line of division – implicit in the nature of rights – that preserves both rights untouched.

The violation and protection of rights

In a civil society, men renounce the use of physical force and delegate them to government. The government is an institution with a monopoly on the legal use of force, deriving its “just powers” from the “consent of the governed”. Since the sole purpose of government is the enforcement and protection of rights, all laws and legislature must be aimed at their protection. This purpose also gives rise to a need for a police force – to protect against domestic threats – armed forces – to protect against foreign threats – and courts of law – to settle disputes peacefully.

Why rights must be absolutely and consistently practiced

The source of man’s rights is reality and the law of identity. A is A, and man is man. To survive, man has to survive qua man. Rights are conditions of existence required by man’s nature for his proper survival. Therefore, no compromise can be tolerated. To violate rights is to evade or oppose reality with catastrophic results. A country who does not uphold rights is headed for a progressive and inevitable self-destruction, as history has effectively and, I hope, sufficiently demonstrated.

It was the concept of rights borne during the Enlightenment which gave birth to freedom and a free society. The result was the American Revolution, the French Revolution and the Industrial Revolution. The 18th and 19th centuries were the most prosperous periods for the United States of America, which was the first nation in the world to establish the principle of rights as the foundation of a constitutional republic. This is no coincidence. A free society and a free economy, which are corollaries of one another, which can only be established on the principles of rights, is the ultimate engine to prosperity.